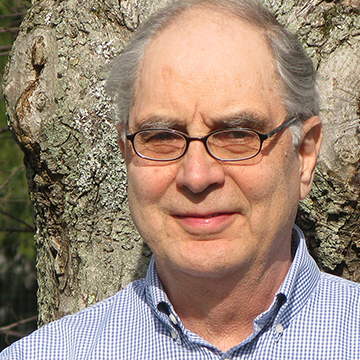 Dr. Avedisian joined Cornell in 1980 after receiving his doctorate. Prior to that he was employed at AT&T Bell Laboratories in Holmdel, N.J. in 1974 where he worked on thermal design of electronic systems. Dr. Avedisian has been a Guest Researcher at the National Institute of Standards and Technology (Gaithersburg, Md.) from 1988 to 2020 where he pursued research on spray combustion and microboiling processes, and he was a Visiting Professor at Brown University in 1994/95. In 2008/2009 Dr. Avedisian was named a Science and Technology Policy Fellow at the U.S. Department of Energy's (DOE) Office of Energy Efficiency and Renewable Energy in Washington, DC by the American Association for the Advancement of Science. At DOE Dr. Avedisian assisted with program review and development for new energy technologies.

Dr. Avedisian has received several recognitions for his research. These include the James Harry Potter Gold Medal of the American Society of Mechanical Engineers (ASME) in 1999 for outstanding contributions in research related to the thermodynamic sciences, and the Heat Transfer Memorial Award by the ASME in 2006 for his significant contributions in the field of heat transfer associated with multiphase processes.   He is a Fellow of the American Institute of Aeronautics and Astronautics and the ASME.

Dr. Avedisian served on the editorial boards of the AIAA Journal of Propulsion and Power, the ASME Journal of Energy Resources Technology, the ASME Journal of Heat Transfer, Frontiers in Heat and Mass Transfer, and Atomization and Sprays. On the personal side, Dr. Avedisian has long enjoyed building radio controlled boats and planes.  In 2001 he set a U.S. national record for the longest flight of an electric powered radio controlled unmanned air vehicle flying indoors.  Professor Avedisian is also the current faculty advisor to the Cornell Unmanned Air (CUAIR) Systems Team that became World Champion at the 2013 AUVSI Student Unmanned Air Systems Competition.  Since then, they have come in second at the 2014 competition, the 2016 competition, and the 2017 Competition.

We are pursuing research that cuts across a variety of disciplines, including heat transfer and combustion. Problems are pursued from an experimental (as contrasted with a purely computational or theoretical) approach. Current projects include studies of droplet combustion, film boiling to promote thermal decomposition or organic liquids, and phase change processes of highly superheated liquids.

Openings exist for students wishing to pursue a doctoral degree with interests in the experimental thermal/fluids/combustion  sciences. Current research concerns a number of topics related to biofuel combustion and related topics. Please see recent publications (last five years) using the following link (Complete citations with links to full published papers) to get a sense of our current research.  Graduate assistantships provide tuition scholarships and stipends for the duration of the program. Students with good hands-on capabilities are sought. Candidates can come from any engineering department.

Auburn University researchers are leading a $2 million U.S. Department of Energy project that promises to improve fuel efficiency and economy. The project will create a bio-based fuel additive that... Read more about Professor Avedisian is collaborating with Auburn University as it leads a $2 million DOE project to maximize U.S. fuel economy

from The Department of Energy's (DOE) Co-Optimization of Fuels and Engines (Co-Optima) program for research that contributes... Read more about Cornell to receive $1.2 Million for Biofuels Combustion Research