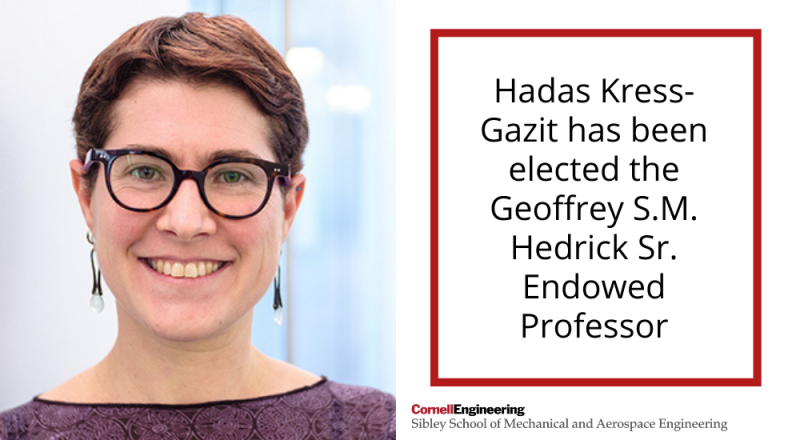 Endowed professorships are the highest academic honor at Cornell and one that Kress-Gazit is certainly most deserving. Kress-Gazit is an accomplished leader, researcher, educator, and champion of diversity and inclusion.

Since joining Cornell, Kress-Gazit has made significant contributions to the area of formal methods in robotics including reactive software, theory, and algorithms that allow robots to perform high-level tasks with established performance guarantees. Her contributions have earned her numerous awards and accolades including election to IEEE Fellow status, many best paper awards at prestigious conferences, the NSF Career Award, the DARPA Young Faculty Award, the COE Research Excellence Award, two CoE teaching awards, and many more. Last year she was named one of the “30 women in robotics you need to know about” in Robotics by Robohub. Among many other large NSF, DoD, and Industry awards, Kress-Gazit has been PI of the ONR Multidisciplinary University Research Initiative (MURI) "PERISCOPE: Perceptual Representations for Actions, Composition, and Verification" (collaborative with MIT and Brown University) since its establishment in 2017.

Kress-Gazit is the key driving force behind the Robotics@Cornell initiative uniting at least five graduate fields and multiple departments around research and education in cyber-physical systems. Beyond Cornell, Kress-Gazit serves as the president of the Robotics: Science and Systems foundation and on the IEEE Robotics and Automation Society Women in Engineering Committee. Kress-Gazit is on the Editorial Board of the journal Annual Review of Control, Robotics, and Autonomous Systems, and she has been an Associate Editor of IEEE Robotics and Automation Letters and of IEEE Transactions on Robotics.

Kress-Gazit received her Ph.D. in 2008 from the University of Pennsylvania and joined the Cornell faculty in 2009 as an Assistant Professor. She was promoted to Associate Professor with tenure in 2015 and full Professor in 2020. 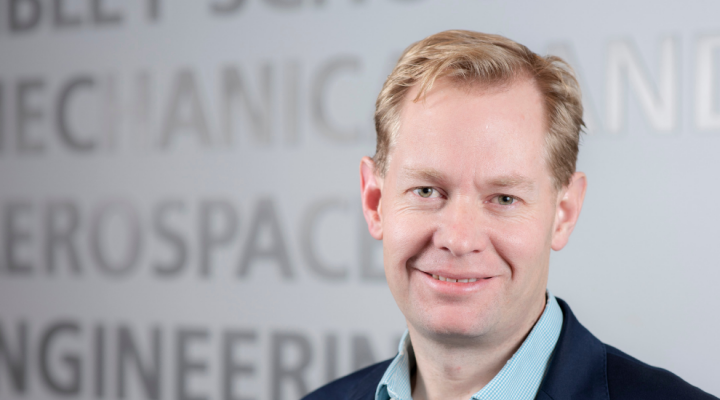 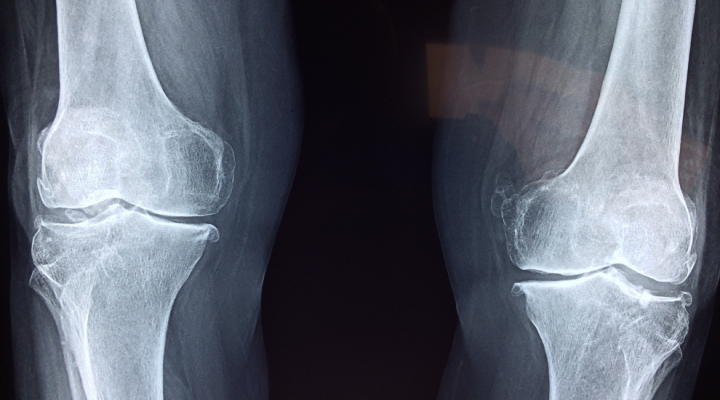 A collaboration, led by Christopher Hernandez, professor in the Sibley School, has been awarded a five-year, $3.6 million grant from the National Institutes of Health to explore the ways that the gut... Read more about Researchers look to gut microbiome to improve bone health 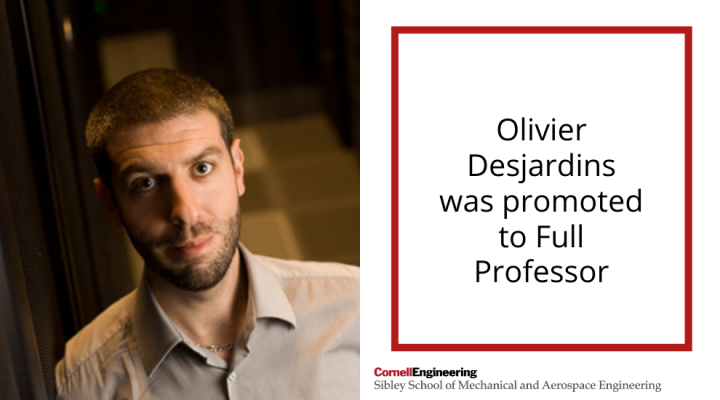