ASME has elected Matt Miller to the grade of Fellow

Professor Matthew P. Miller is an international leader in the development and engineering application of high energy x-rays to probe the micro-structure of materials under live loads.

Award citation, 'Professor Matthew P. Miller is an international leader in the development and engineering application of high energy x-rays to probe the micro-structure of materials under live loads. Prof. Miller founded and directs InSitµ@CHESS (Integrated Simulation and x-ray Interrogation Tools and Training for µmechanics at CHESS). This program is open to academic and industrial researchers across the Nation and supports the integration of diffraction based experiments with multi-scale computational models. Prof. Miller is an award winning teacher and an exemplary mentor whose graduate students have gone on to leadership positions in 3D high resolution x-ray diffraction.'

Matthew Miller joined the Sibley School faculty in January, 1994 and is currently a full Professor. Miller received his B.S. in Mechanical Engineering from the Colorado School of Mines and his M.S. and Ph.D. from Georgia Tech. He was named the 1993 outstanding graduating Ph.D. in mechanical engineering and was inducted into the Georgia Tech. Council of Outstanding Young Engineering Alumni in 1995. Professor Miller spent a sabbatical leave at the Colorado School of Mines in 2000-2001, at the Advanced Photon Source (APS) at Argonne National Laboratory in 2007 and The Ohio State University in 2008. Professor Miller has developed in situ mechanical testing / synchrotron x-ray experiments at the Cornell High Energy Synchrotron Source (CHESS) and at the APS. In 2011, he co-organized a workshop at the APS to explore the synergy between high energy synchrotron x-ray diffraction experiments and high fidelity material behavior models. Miller is currently the Associate Director of CHESS and serves on the Section 1 Beamline Advisory Group at the APS. Professor Miller spent 6 years playing professional football before returning to obtain his engineering degrees. He played 4 years as an offensive lineman for the Cleveland Browns of the NFL and 2 years for the Denver Gold of the USFL.

Professor Miller has received several teaching and advising awards at Cornell. He was a Lilly Teaching Fellow in 1995, he won the Dennis Shepherd Award as the Outstanding Teacher in the Sibley School in 1996. Miller won the James and Mary Tien Excellence in Teaching Award in 2004 and the James M. Marsha D. McCormick Award for Excellence in Advising First Year Students in 2006 - both awarded by the Cornell College of Engineering. Professor Miller won an NSF CAREER Award in 1997 and participated in the National Academy of Engineering Frontiers of Engineering in 1999. He won the ASM International Henry Marion Howe Award in 2009 for the Best Research Paper in Metallurgical and Materials Transactions in 2008. Professor Miller is on the Editorial Advisory Board of the International Journal of Fatigue and is on the Review Board for Integrating Materials and Manufacturing Innovation.

Miller's research focuses on the creation of tools that enable the design and selection of structural materials. Much of Miller's work is at the experiment/model interface, where he and his students have designed experiments to probe material state and behaviors on multiple size scales. An emphasis is the use of synchrotron x-rays and in-situ mechanical loading to understand the crystal level mechanical state of alloys during deformation - including monotonic loading and fatigue. Results from these experiments - which have been conducted on copper, aluminum, beryllium and titanium alloys - are enabling improved understanding of how micromechanical stress states evolve during plastic deformation and, eventually how damage such as a fatigue crack initiates. Miller is the Director of the new Insitμ (Integrated Simulation and x-ray Interrogation Tools and training for micromechanics) center at CHESS. The focus of Insitμ is on developing experimental capabilities and nurturing new users in the general area of structural materials. Specific support for industrial users at Insitμ comes from a recent grant from the Office of Naval Research.

Miller has developed and taught undergraduate and graduate courses focusing on engineering materials at Cornell in M&AE. The required sophomore course that Miller has developed, M&AE212, begins with basic mechanics of materials concepts then introduces failure analyses associated with yielding, fracture and fatigue. The course culminates with fundamentals of material selection employing the concept of material indices. Recently Miller developed a senior level composites course that contains a senior design element. On the graduate level, Miller has taught the theory and implementation of state variable plasticity models as well as an experimental-mechanics based course focused on the model-experiment interface. A new graduate course focuses on synchrotron x-ray diffraction and the measurement of lattice strains. This course culminates with students conducting experiments CHESS. 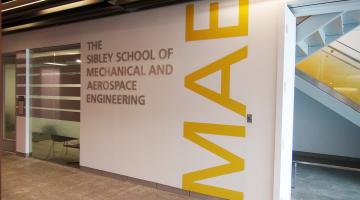 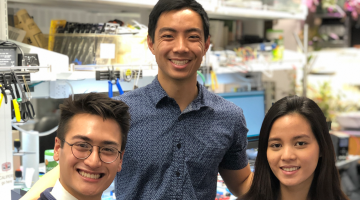