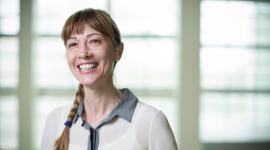 February 25, 2020
Silvia Ferrari, John Brancaccio Professor of Mechanical and Aerospace Engineering, is equipping autonomous robots with an intelligence to go where man or woman may not be able to go—dangerous environments, complex situations under water or in the air. These robots can... Read more

Herb Voelcker, professor emeritus of in the Sibley School and a pioneer in solid modeling, the technology that enabled early computer-aided design (CAD), died Jan. 23 in Ithaca. He was 90. Voelcker joined the Sibley School of Mechanical and Aerospace Engineering as the Charles W. Lake Jr. Professor of Engineering in 1986. By then, Voelcker had taught electrical engineering at the University of Rochester for 24 years, worked for the National Science Foundation, served in the U.S. Army Signal Corps and, as a member of the U.S. Army Rifle team, competed in the 1956 Olympic Games in Melbourne... Read more

The College of Engineering’s Kessler Fellows program is now open to all junior STEM majors and is under new leadership. Read more

The United States could generate 20% of its electricity via wind energy within 10 years according to new Cornell research. Read more

Assistant Professor Atieh Moridi will be a guest editor of Coating’s journal special issue on “Novel Materials and Processes for Metal additive manufacturing.” The goal of the Special Issue is to highlight research on two frontiers. The first one concerns the materials used in additive manufacturing. Conventional alloys are not optimized for AM process and they often lead to inferior properties of cast or wrought alloys. However, the intrinsic properties of AM (i.e., rapid solidification, melt pool dynamic, cyclic heat treatment) can provide a unique opportunity to design novel materials. The... Read more 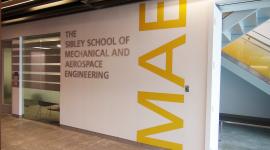 David Erickson, Sibley College Professor and the SC Thomas Sze Director of Cornell’s Sibley School of Mechanical and Aerospace Engineering (MAE), has announced the formation of the Sibley School Advisory Council after a more-than-twenty year absence. “This is an idea that has been percolating for a long time,” says Erickson. “A key part of our mission as New York’s land grant institution is to contribute meaningfully to the common good. Ensuring that we are truly impacting the common good requires us to engage beyond the academy. Most of our graduates go on to work in industry—and industry is... Read more 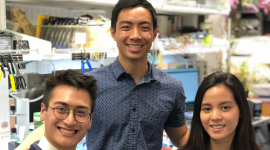 BrainLander, a Cornell BME M.Eng. project team is working with physicians at Weill Cornell Medicine. These BME and MAE M.Eng. students are developing a better way to get brain samples and time stamps for patients with glioblastoma tumors. Read more 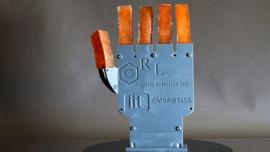 Professor Sara Pryor (EAS) and Professor Rebecca Barthelmie (MAE) published an article last week showing that the current Department of Energy goals for wind energy (20% of electricity in 2030) are both feasible and will have almost undetectable impacts on local meteorology. The article published in Nature Scientific Reports is based on an extensive series of high-resolution simulations funded by the U.S. Department of Energy Office of Science. Read more 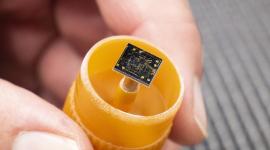 Engineering the Exploration of Space with Nanosatellites

CubeSats are a nanosatellite developed at the Space Systems Design Studio at Cornell. This cutting-edge project may provide a path toward sustainable exploration of space, says Mason Peck, a professor of mechanical and aerospace engineering who directs the space systems lab. Learn more about the work Professor Mason Peck is doing with nanosatellites. Read more