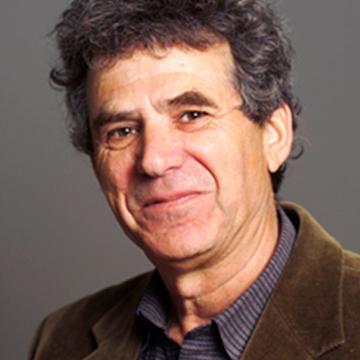 After completing his undergraduate education (Melbourne University, 1967), Prof. Warhaft was an engineer at the Radio Propagation Research Division, Australian Post Office Research Laboratories, in Melbourne, where he conducted experiments on the effect of the weather on microwave radio propagation. Then, for six years through 1975, he was a research scientist at The Radio and Space Research Station, Science Research Council, Ditton Park, United Kingdom (now The Appleton-Rutherford Laboratory). After earning his doctorate (University College, London, 1975), he became a senior project associate for the Department of Aerospace Engineering at The Pennsylvania State University, where he also worked with the Meteorology Department. Since 1977 he has been at Cornell University.

Zellman Warhaft conducts basic wind tunnel experiments on particles in turbulence in order to understand the dynamics of raindrops in clouds. He collaborates with experts on Lagrangian tracking of inertial particles (Bodenschatz (Goettingen), Voth (Wesleyan)), and on the cloud physics (Shaw (Michigan)), Seibert, (Leipzig)). His interest in this area was stimulated by his work on the effect of weather on microwave radio propagation (Melbourne '67-'69) and on related problems at Ditton Park ('69- '75). He maintained this contact with geophysics, an area in which turbulent transport is vitally important. In '72, he worked with the air-sea interaction tunnel of the IMST (Marseille). When he was at Penn State ('75-'77) he had close ties to the Meterology Dept. After coming to Cornell, he has spent a sabbatical at KNMI de Bilt (The Royal Netherlands Meteorological Institute). His present interests are in the fundamentals of the small-scale structure of the scalar and velocity fields in high Reynolds number turbulent flows and the effects of turbulence on the formation of raindrops in clouds.

ZW is actively involved with diversity issues across the university: he was Provost Fellow addressing faculty diversity (2010-2011) and Associate Dean for Diversity in the Engineering College (2003-2007). He is also engaged in the environmental matters: he was Chair of the Faculty Advisory Board for the Atkinson Center for a Sustainable Future (ACSF), 2010-2011. He co-chaired conferences on wind power at Cornell in 2009 and 2010. He also teaches courses on sustainable energy. ZW is also concerned with the social aspects of engineering and (apart from his more formal teaching obligations) taught for many years a course on this topic called "Components and Systems: Engineering in a Social Context". Through case studies, he illustrated that engineering is very much a social activity and that the modern engineer must be more involved with the social and environmental implications of his or her work. He has written a book for freshmen that addresses these ideas. He is affiliated with the Science and Technology Studies Department, with the Peace Studies Program and with the Atkinson Center for a sustainable future at Cornell.