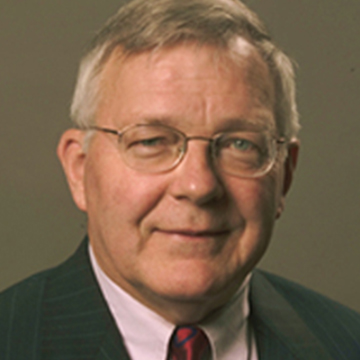 Wolfgang Sachse earned B. S. degree in physics at Penn State and M. S.E. and Ph.D. degrees in mechanics and materials from Johns Hopkins University. Before joining the Cornell faculty in 1970, he was a German Academic Exchange and Humboldt Fellow at the RWTH Aachen. At Cornell he is the Meinig Family Professor of Engineering and a member of the graduate fields of Mechanical Engineering, Theoretical and Applied Mechanics and Materials Science and Engineering. He has held visiting appointments at the National Institute of Standards and Technology and was Nippon Steel Endowed Chair Professor at the Research Center for Advanced Science and Technology at the University of Tokyo in 1993.

Sachse is a member and fellow of several scientific and technical societies. He has authored more than 250 technical papers. He has been granted two patents, authored two review chapters and edited a book. He currently is Editor-in-Chief of the journal Ultrasonics which is published by Elsevier Science. Previously he was Editor-in-Chief of the journal Materials Evaluation . Between 1995 and 2003 he organized and served as Technical Chair of the international Ultrasonics International conference series. For his professional activities Sachse will be awarded The Golden Whistle, the highest award bestowed by the International Congress on Ultrasonics at its upcomingmeeting in Singapore, May 2-5, 2013.

Sachse's research interests involve around ultrasonic waves and materials and specifically, non-destructive materials testing applications. His laboratory developed both active and passive ultrasonic techniques for characterizing flaws and defects in materials, characterizing dynamic fracture processes and measuring applied and residual stresses in metals. They also developed and studied the generation of ultrasound via lasers, sparks and X-rays. His research group pioneered the development and application of point-source/point-receiver ultrasonic measurements for the characterization of anisotropic and heterogeneous materials. Recent interests have focused on novel air-coupled ultrasonic measurements of powders and acoustic microscopy measurements of bio-materials. Twenty years ago working with Igor Grabec, he developed measurement systems which incorporate intelligent processing capabilities, similar to those possessed by living beings, to solve diverse measurement and control problems. A monograph describing this work (co-authored with I. Grabec) is titled Synergetics of Measurement, Prediction and Control and was published by Springer-Verlag in 1997.

Sachse's teaching covers the areas of experimental mechanics, dynamics, solid mechanics, vibrations, elastodynamics, sensors and actuators. He has developed successful, Introdcution to Engineering hands-on introductory engineering laboratory courses. The first, titled Sensors and Actuators ENGRI 123 received a Dean's Prize for Teaching in 1989. Between 1995 and 2006 he developed and taught the acclaimed freshmen ENGRI 118 Design Integration: A Portable CD Player (later Design Integration: DVD's and iPods) which was a laboratory course that focused on engineering design and application to digital media players.

Sachse's current teaching involves the sophomore-level Mechanics of Solids course which is taken by over 250 students in the Fall semester and the junior-level laboratory course Mechanical Properties and Performance Laboratory which is currently taken by over 140 students. Depending on demand, he also teaches the graduate-level Elastic Waves in Solids and Applications.