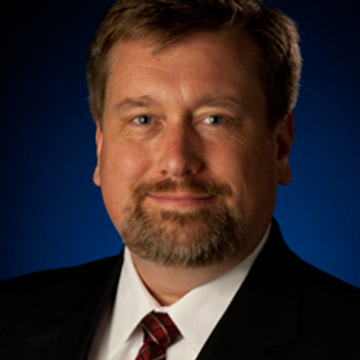 Dr. Peck is on the engineering faculty at Cornell University, where his research and teaching focus on Aerospace Engineering and Systems Engineering. From late 2011 through 2013, he was on leave serving as NASA's Chief Technologist, one of the seven highest-ranking officials at the agency. In that capacity, he served as the primary advisor to the NASA Administrator on matters of technology-investment strategy, roadmapping, prioritization, partnerships, intellectual property, and commercialization. The Office of the Chief Technologist is home to the agency's Technology Transfer enterprise, the Innovative Partnerships Office, Prizes and Challenges Strategy Office, and Emerging Space Office. His work with NASA since 2011 has included collaborations in space-policy development with the executive and legislative branches of the U.S. government. Examples include new technology initiatives at the agency, including the Asteroid Grand Challenge and the program in Foundational Investments in Engineering Science.

His areas of academic expertise include next-generation space-system architectures, mission design, and GNC. His background represents a breadth of leadership experience in space technology across academia, the aerospace industry, and DoD. It extends from early-stage theoretical work through flight hardware and mission operations. His research has been funded by DARPA, AFOSR, NASA, and U.S. aerospace prime contractors.
Peck has been a member of the Guidance, Navigation, and Control Technical Discipline Team of the NASA Engineering Safety Council since 2009. He also has worked as a consultant in advanced technology and business development for spacecraft contractors including Johns Hopkins Applied Physics Lab, SpaceX, Northrop Grumman, and Lockheed Martin. In addition to this ongoing consulting work, he has over 10 years' experience in the aerospace industry, primarily at Boeing Satellite Systems (the former Hughes Space and Communications), where his responsibilities included commercial and government spacecraft systems engineering as well as mission operations for several spacecraft. At Honeywell, he served as Principal Fellow, the most senior engineering position in the company, focusing on technology strategy, new business, and special programs. He has 19 patents in space technology that stem from this work.

Recognized for his teaching and mentorship at Cornell, Peck created and directed the Space Systems Design Studio, in which many students and staff collaborate on several Air Force and NASA-funded flight programs. His work with small spacecraft (three launched since 2012) has included collaborations at JPL, Draper Lab, and Lockheed, as well as academic institutions. His lab's KickSat, launched in April 2014, is the world's first crowdfunded spacecraft. His space technology blog at http://www.spacecraftlab.com and recent television and radio interviews have given Peck the opportunity to share his enthusiasm for exploration with the public.

My long-term research objectives focus on what I see as the next frontiers in space-system design: spacecraft that exploit physics, particularly rigid and flexible dynamics at many length scales, to achieve innovative and surprising missions. My work represents initial steps toward the creation of a new field: a fusion of dynamical systems and systems engineering, two disciplines that are rarely considered in the same context. Innovation in space systems takes some courage; the industry and government environment is conservative. Risk aversion encourages a focus on short-term engineering products. However, research is characterized by emerging areas. I have recently taken a new direction for some of this work, focusing on crowd-sourcing for citizen science and funding.

My formal teaching responsibilities include the three formal classes I teach at Cornell: MAE 3060, Spacecraft Engineering; MAE 6060, Spacecraft Attitude Dynamics and Mission Design; and SYSEN 5100, Applied Systems Engineering. I have worked to evolve each course to meet the needs of the students and the highest possible standards of educational content and relevance. However, my teaching activities extend well beyond these three classes. I also supervise many students in their senior-design classes and M.Eng. projects, approximately 50-100 such students each semester.

My objective is to elevate Spacecraft Engineering at Cornell to the level of renown enjoyed by the Department of Astronomy. In Astronomy, credibility comes with new observations and new science, through active engagement in both ground-based telescopes and spacecraft-based observations. In Aerospace Engineering, credibility comes with flight projects: launch spacecraft. MAE has a history of recognition for its student team activities. My objective is to align student teams with research objectives so that students build the flight project in which I, as a principal investigator, embed fundamental research. My service to Cornell, in part, has entailed meeting this objective with the work described below.

China is investigating how to build ultra-large spacecraft that are up to 0.6 mile long, and Mason Peck, the Stephen J. Fujikawa '77 Professor of Astronautical Engineering believes it's feasible. Read more about China Wants to Build a Mega Spaceship That’s Nearly a Mile Long

Engineering the Exploration of Space with Nanosatellites

CubeSats are a nanosatellite developed at the Space Systems Design Studio at Cornell. This cutting-edge project may provide a path toward sustainable exploration of space, says Mason Peck, a professor... Read more about Engineering the Exploration of Space with Nanosatellites

Ithaca High CubeSat team's concept to get a shot at space

A team from Ithaca High School is among three winners in the recent Cornell CubeSat satellite contest, all of whom will have the chance to send their satellites into space on a NASA rocket. Read more about Ithaca High CubeSat team's concept to get a shot at space