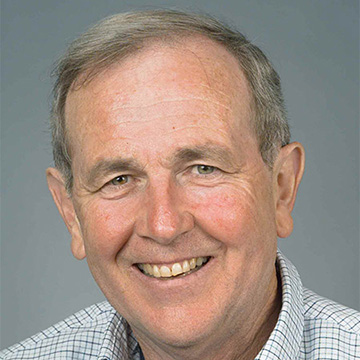 After receiving his doctoral degree, Burns joined the Cornell faculty and then spent a year as a postdoctoral researcher at the Goddard Space Flight Center of the National Aeronautics and Space Administration (NASA). Subsequently, he has spent sabbatical leaves at NASA's Ames Research Center (1975-76, 1982-83), at the University of California at Berkeley (1982-83), the University of Arizona (1989-90), and at the University of British Columbia (2012); on other leaves he has been an exchange fellow in the Soviet Union and Czechoslovakia (1973) and at the Observatory of Paris (1979, 1984). More recent leaves have been at the Kavli Institute, University of California at Santa Barbara (spring 2008) and the Newton Institute at the University of Cambridge (fall 2009). He is a fellow of the American Geophysical Union and the American Association for the Advancement of Science, an honorary fellow of the Royal Astronomical Society, a member of the International Academy of Astronautics, and a foreign member of the Russian Academy of Sciences. Between 1978 and 1997 he edited Icarus: The International Journal of Solar System Studies. He now is Associate Editor of it, and is on the Board of Reviewing Editors at Science magazine. He is also a member of the imaging teams on the Cassini (Saturn) and Rosetta (Comet) missions. Burns was Cornell's Vice Provost for Physical Sciences and Engineering from 2003-2007. He is currently Dean of the University Faculty (2012-2015).