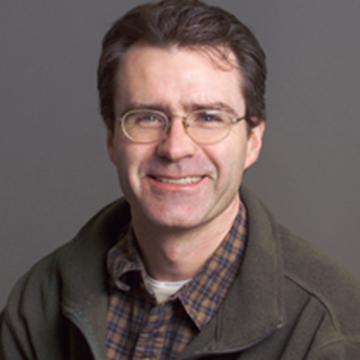 John Callister is a Senior Lecturer with a joint appointment in the Sibley School of Mechanical and Aerospace Engineering and the School of Operations Research and Industrial Engineering, and is the Harvey Kinzelberg Director of Entrepreneurship in Engineering at Cornell University, where he has been since January 1999. From 1985 to 1993, he worked as an automotive engineer for General Motors, working in aerodynamics, engine cooling, air conditioning, and wind noise on car programs including the 1989 Pontiac Turbo Trans Am, the 1991 Chevrolet Caprice, the 1990 Active Suspension Corvette, the 1993 Camaro/Firebird, and the GM EV-1 electric car. From 1996 through 1998, he taught engineering and business classes at Tri-State University. John is a co-owner of Virginia Plastics Inc., a blown-film polymer manufacturer. He has a B.M.E. from Minnesota, an M.B.A. from the University of Chicago, and M.S. and Ph.D. degrees in mechanical engineering from Cornell University. His graduate research was in automobile aeroacoustics and was sponsored by PPG Industries Inc. He and PPG developed windows with enhanced acoustic properties for both automobiles (e.g., Saturn Aura) and aircraft (e.g., Boeing 747). Callister was the faculty advisor for the Cornell Hybrid Electric Vehicle team from 2001 to 2004. He has been the faculty co-advisor for the Cornell 100+ MPG team since 2007, and has been the faculty advisor to the Cornell Entrepreneurship Organization since 2007.

MAE 4860 was changed to include material on internal combustion engines. It was a good change to the class now that we no longer have a separate class in internal combustion engines. ENGRI 1270 was taught with each student in a 5-student discussion group, and this went very well except the iClickers were tedious and not worth the bother. I taught ORIE 3500 Mathematical Statistics for the first time in the summer, and it was a success with good reviews. I used the textbook recommended by other faculty, but it was not the best. I identified an excellent text to use next time, and put together a full set of notes and exercises. MAE 4610 did not go too well, as I got rid of the iClickers and relied on the students to make the right choice to attend class to get the information on how to do the work. With attendance dipping below 20% for some lectures, this did not work and many students grew resentful as the end of the semester approached and they realized they had no idea how to write key parts of the business plan. Finally, I started meeting with Marty Murtaugh (MSE) and Tobias Hanrath (ChemE) to develop an interdisciplinary senior design course. This was very time consuming, and many hours were spent in planning meetings. We met several times in the summer, weekly all Fall semester, with extra meetings at year end. The class was launched in January 2013 with four or five MAE students, three or four ChemE students, and 18 MSE students. Now that the syllabus is final and we have a solid course outline, we can show this to the MAE UPC and see if they will approve this as a permanent cross-listed course.