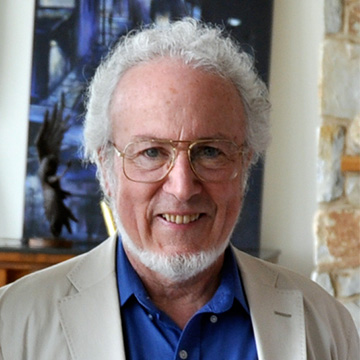 F.C. Moon was the Director of the Sibley School of Mechanical and Aerospace Engineering at Cornell University from July 1987- June 1992. Prior to that he chaired the Department of Theoretical and Applied Mechanics for seven years from 1980-1987. In that role, he helped introduce symbolic mathematical programming (Such as MACSYMA) into the undergraduate engineering curriculum along with R.Rand and R. Lance of Cornell. He has taught in the areas of robotics, dynamics, magneto-mechanics, and engineering mathematics.
In the 1990s, he created a new course at Cornell on the subject of Chaotic Vibrations. Short course versions of this course have also been given in Italy (CISM), Poland and the Federal Republic of Germany as well as the U.S.In Mechanical Engineering, he taught a studio course on Kinetic Sculpture and Chaotic Dynamics. Moon also created a course in Applied Dynamics at the graduate level, introducing the method of virtual power and electromechanical dynamics. He published a textbook on this course called Applied Dynamics (J.Wiley, 1998).
Recently, Moon and his co-workers at Cornell have created a website on the history of kinematics of mechanisms complete with photos, videos, and descriptions of over 400 kinematic models. The website, named KMODDL, is part of the National Science Digital Library and has received 170,000 visitors in 14 months.

F.C. Moon has made contributions to the field of nonlinear and chaotic dynamics of mechanical systems. He was one of the first in his field to develop new experimental tools of analysis in nonlinear vibrations based on Poincare maps and fractal measures of chaos. His laboratory at Cornell, nicknamed the "Moon Lab" hosted nearly 100 research students and visitors during the period 1975-2000. His book, Chaotic Vibrations (J. Wiley&Sons, 1987) was widely read as was the sequel, Chaotic and Fractal Dynamics (Wiley, 1992). In the 1990's his laboratory and students initiated one of the first studies of nonlinear and chaotic dynamics applied to problems of cutting metals. He organized an NSF workshop in this area that resulted in his editing the book Dynamics and Chaos in Manufacturing Processes (Wiley, 1998). F.C. Moon is a co-inventor of the high-temperature superconductivity bearing with R. Raj of U. Colorado. Moon has designed a non-contacting levitated rotor-bearing assembly that rotates over 120,000 RPM without feedback control. Two patents were awarded. Application of superconducting bearings such as gyros, scanning systems, and space-based devices are possible. F.C. Moon was one of the early pioneers in the field of magnetic levitation of trains. He investigated the dynamic stability of magnetically levitated vehicles. His book Superconducting Levitation (Wiley, 1994) described the history of this field. He also made contributions to the mechanics of magnetic devices including applications to superconducting magnetic fusion engineering. His book, Magneto-Solid Mechanics (J. Wiley& Sons, 1984), is unique in mechanics. Moon's professional contributions to applied mechanics include as Associate Editor of the Journal of Applied Mechanics (1986-88), President of Society of Engineering Science (1988), President of the Association of Chairs of Departments of Mechanics (1987), President of American Academy of Mechanics (2000). He also hosted the National Congress of Applied Mechanics, Cornell 1982, and was the organizer and host of IUTAM "Symposium on Applications of Nonlinear and Chaotic and Dynamics", Cornell 1997, and the organizer and Editor of NSF "Workshop on New Directions in Solid Mechanics". In 2001, he served as the organizer of numerous symposia at national and international congresses of applied mechanics, including ICTAM Kyoto 1996 and ICTAM Chicago 2000.

Nonlinear and chaotic dynamics is the central theme of Professor Moon's research including structural and machine systems, fluid-structure dynamics, magneto-mechanical systems, and superconducting devices. A major effort has been in the area of nonlinear and chaotic vibrations as summarized in several books. Professor Moon has developed a recent interest in the history of machines, particularly the history of kinematics of machines.