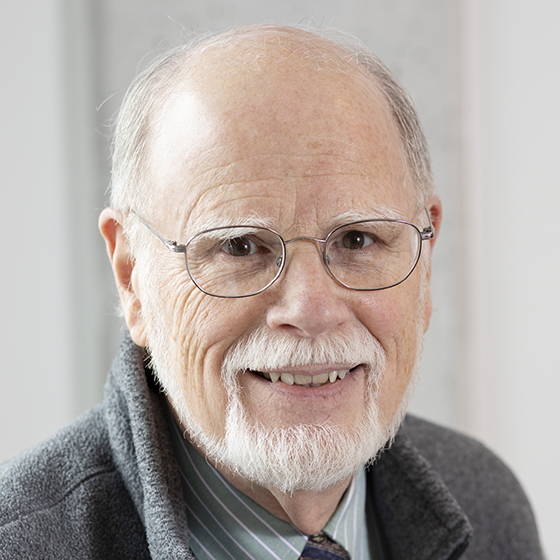 Professor Caughey earned the Bachelor of Science degree in Aeronautical and Astronautical Engineering from the University of Michigan, and his doctorate in Aerospace and Mechanical Sciences from Princeton University. After receiving the Ph.D. degree, Caughey spent a year as an Exchange Scientist at the Computing Center of the Soviet Academy of Sciences, in Moscow, and four years at the research laboratories of the McDonnell Douglas Corporation in St. Louis, Missouri. He came to Cornell in 1974 as a visiting assistant professor and joined the regular faculty in 1975. During the 1981-82 academic year, Caughey was a visiting scientist in the Department of Mechanical and Aerospace Engineering at Princeton University, and he spent the 1989 fall semester as a senior postdoctoral research associate of the National Academy of Sciences at the Ames Research Center of the National Aeronautics and Space Administration (NASA). In the 1998 fall semester he held the Research Chair for Air Vehicle Simulation at the Air Force Research Laboratory at Wright-Patterson Air Force Base in Ohio, and has spent semesters as a Visiting Professor in the Department of Civil Engineering at the University of Wales, Swansea, in the United Kingdom in 1999, 2004, and 2009. In addition to his Cornell position, he holds the appointment of Honorary Professor in the School of Engineering at the University of Wales, Swansea, for the years 2005-2015. Caughey served as Acting Director of the Center for Theory and Simulation in Science and Engineering (the Cornell Theory Center) during the 1988-89 academic year, and as Director of the Sibley School of Mechanical and Aerospace Engineering from 1993--1998.

Professor Caughey's research focuses on the development of computational techniques for the solution of problems in fluid mechanics and aerodynamics, including transonic flows with shock waves, turbulent flows with chemical reaction, and unsteady flows with fluid-structure interactions. The goal of this research is to develop efficient techniques for the solution of both ideal (i.e., inviscid) and dissipative (i.e., viscous) approximations to the equations of fluid mechanics for these problems. Present formulations are based on finite-volume approximations to the differential equations on both structured and unstructured grid systems. The former allow the use of efficient implicit algorithms, while the latter are more readily applicable to problems involving complex geometries.