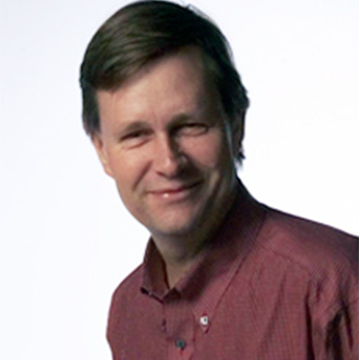 While a graduate student at Cambridge University, England, Williamson spent some months working as a research associate for the National Maritime Institute in London. After receiving his doctorate in 1982, he worked as a staff engineer for a firm involved in offshore-platform research and then as a high school mathematics and physics teacher in London, and as a private tutor to Prince Pavlos, the son of King Constantine of Greece. In 1996, he spent a sabbatical at the Laboratoire d'Hydrodynamique at Ecole Polytechnique in France (LADHYX). Part of his sabbatical in early 2003 was spent working with CSIRO and Monash University in Melbourne, Australia, and at GALCIT, Caltech. In 2006, Williamson received the Astor Visiting Lectureship at Oxford University. His Sabbatical in Spring 2010 was spent as an Invited Professor to Keble College, Oxford, and as a visiting researcher at the Institut de Recherche Phenome Hors Equilibre (IRPHE), Marseille, France.

Williamson was awarded the Calder Prize by the Royal Institution of Naval Architects in 1979 and eight times won the Gallery of Fluid Motion competition at the annual meeting of the American Physical Society (1988-89, 1993-96, 2009, 2012), including the Van Dyke award in 2012. He was awarded a Dean's Prize for Outstanding and Innovative Teaching in (1992, 1994 and 2000), the departmental Shepherd Memorial Teaching Prize twice (1995, 2005), and in 1996 and 1999 he was awarded the Cornell Society of Engineers - Tau Beta Pi Outstanding Teaching Prize in the College of Engineering. In 1994, he was presented with the $10,000 national Keck Foundation Award for Excellence in Teaching, and in 1999, he was awarded the Stephen H. Weiss Presidential Fellowship by Cornell University. In 2006, Williamson was the New York State Professor of the Year (Carnegie-CASE Foundation). Fourteen of his students have been named Merrill Scholars at Cornell.

Williamson is an editor of the Journal of Fluids and Structures, and the co-founder and Chairman of a series of international conferences on Bluff Body Flows and Vortex-Induced Vibrations (BBVIV), held in Washington DC (1998), Marseille, France (2000), Port Douglas, Australia (2002), Santorini Island, Greece (2005), Costa do Sauipe, Brazil (2007), and Capri Island, Italy (2010). Williamson was invited to present the "Wallace" Prize Lecture at MIT in 2011. He has received 6,500 citations for his research papers. Williamson became a Fellow of the American Physical Society in 2003, and is the Willis H. Carrier Professor of Engineering.

Williamson has been the Faculty Advisor for the Cornell Sailing Team since 1998.