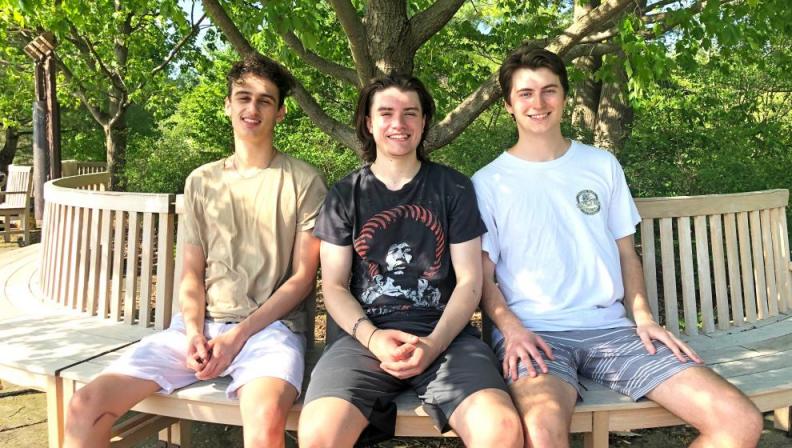 The Hoplite Team came up with the idea for their M.Eng. project as the three were enjoying a beautiful day in Ithaca – as many ideas are formed at Cornell University. An entrepreneurial spirit connected Joaquin Jerez M.Eng. ’20, Leo Andriuk M.Eng. ’20, and Max Kester B.S. ’20 during their time in the Sibley School. They used to love bouncing cool and interesting business ideas off one another which led to the conception of the drone project they worked on throughout their M.Eng. program.

All three students were fascinated by the concept of drone technology. After brainstorming different applications of drones that could benefit society, they settled on the idea to use drones for medical delivery to patients in rural areas. After a bit more research, the team honed in on cardiac arrest victims in rural areas.

“Every year 360,000 Americans experience out-of-hospital sudden cardiac arrest (SCA), of which 90% or 325,000 will die,” says Jerez. “This healthcare crisis is the leading cause of death in the United States for people over 40 and the chance of survival is primarily dependent on the victim's proximity to a hospital or automated external defibrillator (AED).”

“Given these requirements, we designed a hybrid between a RC plane and quadcopter drone, which allows it to meet the criteria,” says Andriuk. 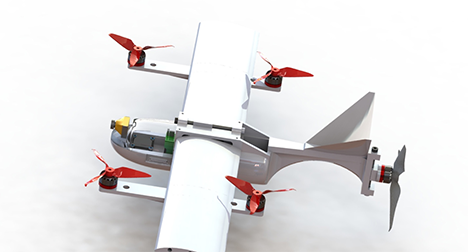 The basic idea is for a 911 dispatcher to send the drone when needed to the location of the caller, with an ambulance on the way as well. By getting the drone there before the ambulance, the AED can be applied by the bystander, improving survival rate. The bystander would then be guided on the use of an AED in real-time by a trained EMT.

“Equipped to our drone will be a small monitor where a tele-doctor will be on a livestream,” says Jerez. “From their end, they will be able to assess the situation and give the bystander’s clear and concise instructions on how to help the patient with the delivered equipment.”

After Cornell’s campus moved to virtual instruction following the coronavirus pandemic, the Hoplite team continued to work on their project virtually. The team preemptively planned to continue work before the shutdown and managed to set up a makeshift lab in their shared house which allows them to do rapid prototyping. The makeshift lab also has 3D printers, soldering irons, drills, saws, and more.

“I believe we are working harder on this project remotely than before,” says Kester. In true Sibley School fashion, the team is making it work despite a global pandemic. 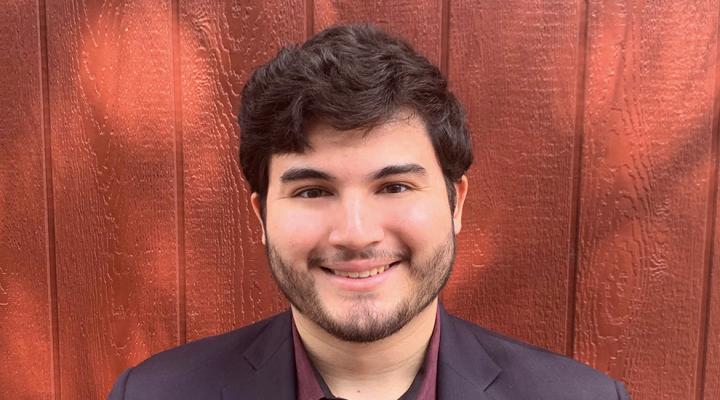 Benito De Leon ME ’19, M.Eng. ’20 has been interested in science for as long as he can remember. He can pinpoint his fascination with the sciences, aircraft, and spacecraft back to his childhood... Read more about Sibley School M.Eng. Student Working to Extend the Capabilities of Unmanned Aerial Vehicles 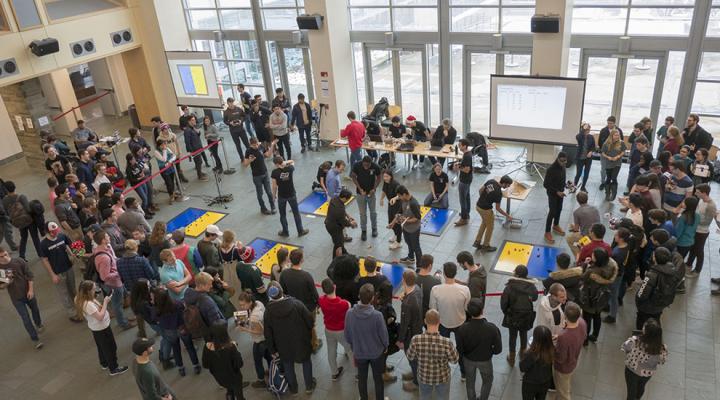 By Tom Fleischman With the addition this year of a few twists and turns, the end-of-semester robotics competition grew into a daylong showcase in Duffield Hall atrium. “I love that we have reached... Read more about Robotics Day attracts scores to Duffield atrium