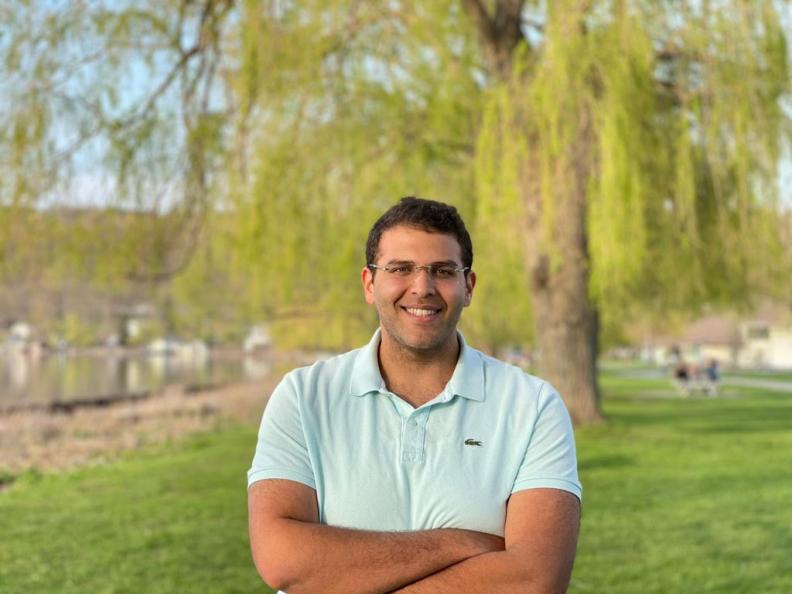 In a 2014 study, it was found that roughly 3.2 million American students attend schools that are within 100 meters of a major roadway. Other studies have shown that 45 million Americans live within this same zone. Living near major roadways is associated with a broad range of health issues, including reduced lung function, heart disease, asthma, and birth defects.

Khaled Hashad, Ph.D. student in Cornell’s Sibley School of Mechanical and Aerospace Engineering, is using computational fluid dynamics (CFD), machine learning--and trees--to reduce the negative impacts of living, working, and studying near major roadways. Hashad, who grew up in Cairo, Egypt, has been working with Professor Max Zhang in Zhang’s Energy and the Environment Research Laboratory since arriving at Cornell in 2016. The overarching goal of the lab is to create “transformative solutions to energy and environment problems by integrating electric power, transportation, building and environment systems.”

Hashad, who is the son of an economist and a doctor, was drawn to engineering from a young age. In high school he enjoyed his mathematics, science, and physics classes greatly and before he graduated he knew he wanted to go to college to study engineering. Hashad’s father earned his doctorate in economics from the University of Connecticut (UCONN) so it was only natural that Hashad would go there as well. Within a semester of starting at UCONN he chose mechanical engineering as his major. “I have always had an interest in airplanes as a mechanical design and, more generally, in anything that has motion engineered into it,” says Hashad, “so majoring in mechanical engineering felt like an easy decision.”

While an undergrad at UCONN, Hashad had several experiences that shaped his decision to continue his studies beyond his Bachelor’s. He interned one summer with a subsidiary of Pratt and Whitney, where he wrote code for a jet engine fuel meter. He also engaged in undergraduate research one semester with mechanical engineering professor Michael Renfro, looking at the “stretchability” of a flame before it extinguishes.

Hashad knew that he wanted to go to graduate school, but he was not sure if he wanted to get a Master’s or a Ph.D. “I was very sold on graduate school. I just knew there was so much more I wanted to learn. The tipping point for me that made me choose a Ph.D. over a Master’s was that I knew someday I would want to teach, and getting a doctorate made that seem more likely.”

Hashad applied to several programs and was not sure where he would go until he visited Cornell. “People here in the department all seemed happy, which wasn’t necessarily true at other places I visited. This departmental culture and the quality of the work done here made my choice clear.” Hashad also says that Assistant Director for Graduate Student Affairs Dr. Marcia Sawyer contributed greatly to his sense that the Sibley School would be a good place to earn a doctorate. “Marcia arranges activities and events for the grad students, she helps with any kinds of issues we might have, and she really cares a lot,” says Hashad.

Once he got to Cornell it did not take long for Hashad to join Professor Zhang’s group and start work on a project to model the effect of planting trees between busy roadways and houses and schools. Years of data make it clear that living and working near a highway is bad for people’s health.  Studies have also shown that if there is a barrier of coniferous trees between the road and the people, harmful particulate pollution can be greatly reduced. (Deciduous trees can potentially work, but the fact that they shed their leaves each year makes them far less effective.)

Hashad has taken his expertise in fluid dynamics and applied it to modeling the way air polluted by vehicle exhaust and particulates shed by vehicle braking systems moves through trees along the roadsides. As the air moves through the trees, some of the particulates are deposited on the leaves, branches, and trunks of the trees. By the time the air makes it to the schools, factories, homes, and offices beyond the trees, it contains less pollution. The vegetation also changes the flow of the air so that it no longer has a direct route to the buildings and people. The combined effects of this deposition and dispersion can markedly reduce the amount of pollutants in the air on the far side of the trees.

In order to guide urban planners, homeowners, and others as they decide on pollution mitigation measures, Hashad along with his labmates and a team of Computer Science M.Eng. students have created an Alpha release publicly-accessible website ( https://www.green.mae.cornell.edu/ ) that uses machine learning to efficiently recommend some tree-planting parameters that will maximize the effectiveness of the vegetation barriers they create. Users can add their zip code, tree species, ranges for tree height and width, pollutant particle size (if known), and distance from house (or school) to the highway.

The site then creates a chart showing the average reduction in airborne particulates for each given height and width of each species of tree selected. The site is user-friendly and gives actionable feedback very quickly. Which is exactly what Hashad was hoping for. “In my field of computational fluid dynamics we all know the physics and the equations we would need to answer these kinds of questions,” says Hashad, “but most other people don’t, especially the community and urban planners who need it the most. At the end of the day we are doing all of this science so that we can give people something easy to use that will have a real impact in their lives.”

During his time at Cornell, Hashad lead the heat transfer lab course, and is currently working as the teaching assistant for the Future Energy Systems course, which he really enjoys. He is expecting to graduate with his doctorate in the summer of 2021. Currently, he is submitting job applications and looking for work in exciting fields such as the renewable energy sector, as well as  engineering firms that will leverage his CFD and data science expertise. “I am hungry to get out in the ‘real’ world and get some experience applying what I know. Long term, I can see myself doing some teaching as well.” When Hashad is not simulating the flow of polluted air he is passionate about watching and playing soccer. 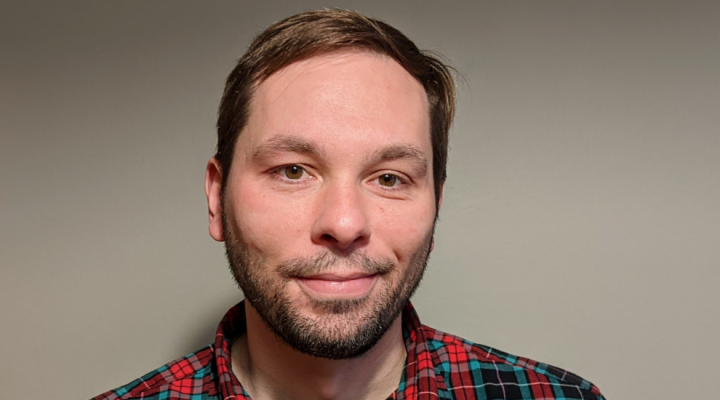 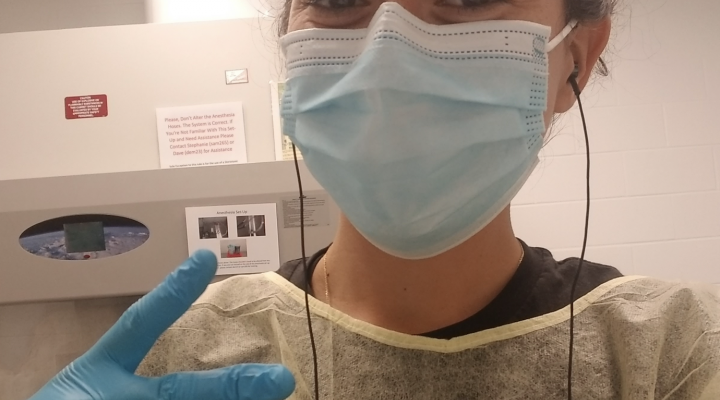 When Marguerite Pacheco was in high school she was on the track team. Her events were the 800 meters, the one-mile run, and the two-mile run. During coverage of the 2012 Summer Olympics in London... Read more about Marguerite Pacheco, Ph.D. Student 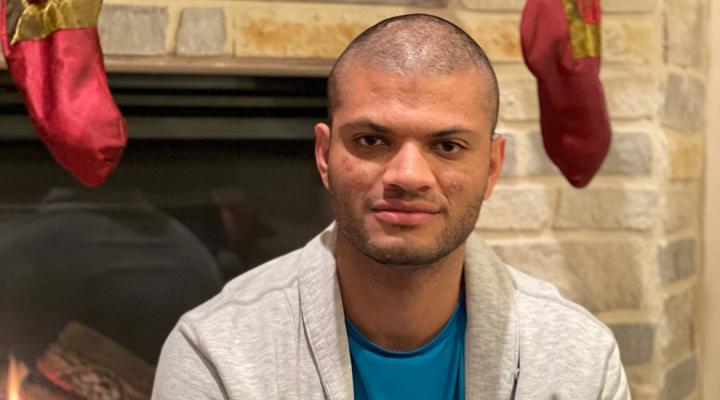 Ronald Heisser has been interested in engineering since birth – always having felt the pull to work with his hands and use his creativity. “Fortunately, I also had the opportunity to develop an... Read more about Ronald Heisser focuses on small, millimeter scaled, actuators