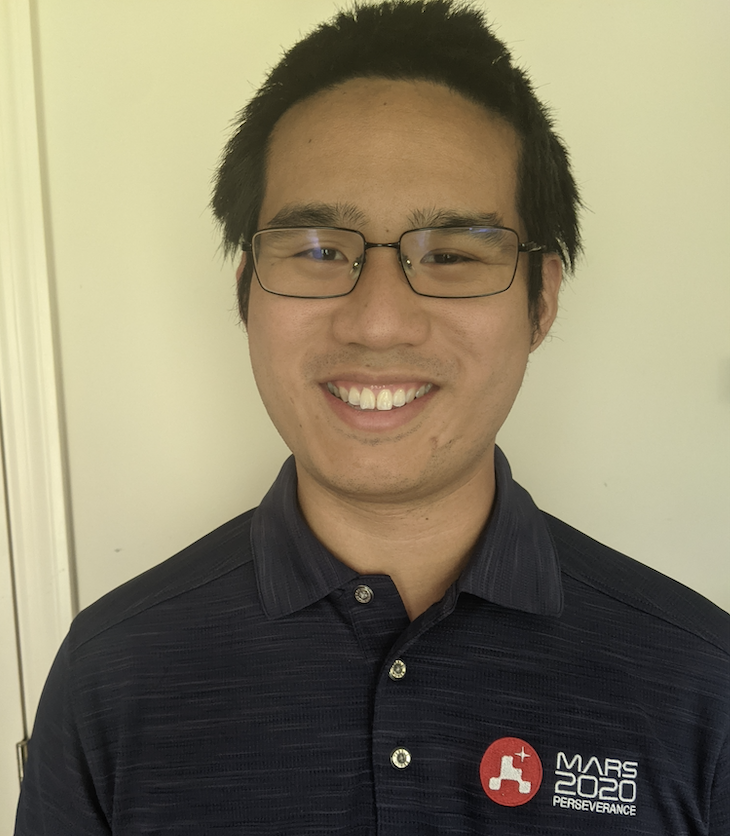 Kevin Lo ’13, M.Eng. '14, is one of the tiny percentage of humans who can say that they have touched an object that is now on the surface of Mars. “Having something like the Mars 2020 mission that I got to work on for several years finally come to pass has been incredible,” says Lo. “I was there in the high bay when they were building it to help them integrate some of the hardware I made and it is crazy to think that it is actually on Mars right now.”

Lo, who majored in aerospace, aeronautical, and astronautical space engineering at Cornell’s Sibley School of Mechanical and Aerospace Engineering (MAE), now works at NASA’s Jet Propulsion Laboratory (JPL) in Pasadena, California. Before the Mars 2020 mission, Lo had worked on a variety of smaller scale, shorter-term projects with JPL, but nothing as big and complex as delivering a rover and a helicopter to another planet.

Lo’s earliest work on space-bound technology happened while he was an undergrad at Cornell. Growing up in Rochester, New York, Lo was familiar with Cornell before he ever started looking for a place to go to college. “Knowing how good the school is and having it so close to my family made it an easy call,” says Lo. “I applied early decision and when I got accepted I didn’t think twice.” Lo arrived in Ithaca knowing he already had an interest in space systems, so it was no surprise that he ended up in the Sibley School.

In a recent conversation about his time at Cornell, it became clear that, while valuing the classes he took, Lo especially prized his experiences working in the Space Systems Design Studio (SSDS). “I worked on the simulation side of the CUSat project team for a little while,” says Lo, “but primarily I spent my time at the SSDS.” One of the grad students running the SSDS at the time was Laura Jones, Ph.D. '12, who is now a colleague of Lo’s at JPL. “It was a place for me to really make sense of what I was learning and find ways to make it real.”

Once Lo started at JPL, he quickly found Jones and fellow Cornell alum Swati Mohan ’04. He worked with them on the implementation of their idea for a Small Satellite Dynamics Testbed. In addition to the testbed, other projects Lo has worked on include the MarCO communications CubeSat, the ASTERIA CubeSat, the Low-Density Supersonic Decelerator, The RainCube, and the Lunar Flashlight, among others.

“Working at JPL was my number one choice, coming out of school,” says Lo. “It had a lot of the things I really wanted in a job, number one being I get to work on a new mission pretty much all the time. You are never bored at JPL, that’s for sure.” Lo feels his strengths in both the systems and hardware aspects of space technology make him a good fit for the work done at JPL. “I bring a lot of systems engineering and requirements knowledge to these projects,” says Lo, “and that helps the team tie everything together. And on the hardware side of things, I have a lot of experience in testing from Cornell’s SSDS and the testbed here. I know how to schedule tests in the most logical and efficient order.”

The Sample Retrieval Lander is the next step in the ongoing exploration of Mars. As part of the Mars 2020 mission, the rover Perseverance was delivered to the surface of Mars. NASA says the main job of Perseverance is to “seek signs of ancient life and collect samples of rock and regolith (broken rock and soil) for possible return to Earth.” The samples currently being collected can’t fly themselves back to Earth, and this is where Lo and the rest of the SRL team come into play.

Lo explains, “Mars 2020 is currently gathering these capsules of Martian samples. SRL will come down to the surface with the ability to take those samples, put them into a small rocket we call the Mars Ascent Vehicle, launch itself up into Martian orbit, and then wait there for a third mission that will grab the samples out of Mars orbit and bring them back to Earth.” Lo is working on the Guidance and Controls portion of the SRL mission, but also hopes to learn new skills by working on the Entry, Descent, and Landing portion of the mission. “Getting to work on EDL would be very exciting to me---it is so different from Cruise.”

Given NASA’s focus on Mars, it seems Lo will have enough projects and challenges to keep him engaged and excited for years to come. “When I first started at JPL, it felt a bit like a college campus,” says Lo. “Every building has its own specialty and you have to go around and talk to different people. It felt a lot like Cornell in that regard. As an early career hire a few years ago, and even now that I have been here for a little while, there is still so much to learn. The older employees are so willing to teach you things as you work together. I feel like I am always learning so much all the time. I think I’ll be here for a while.” 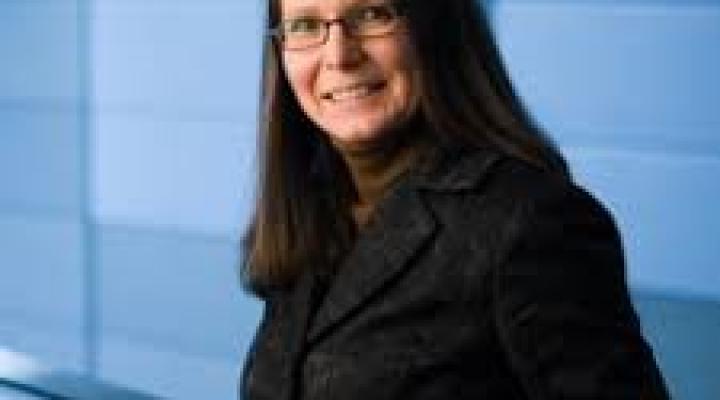