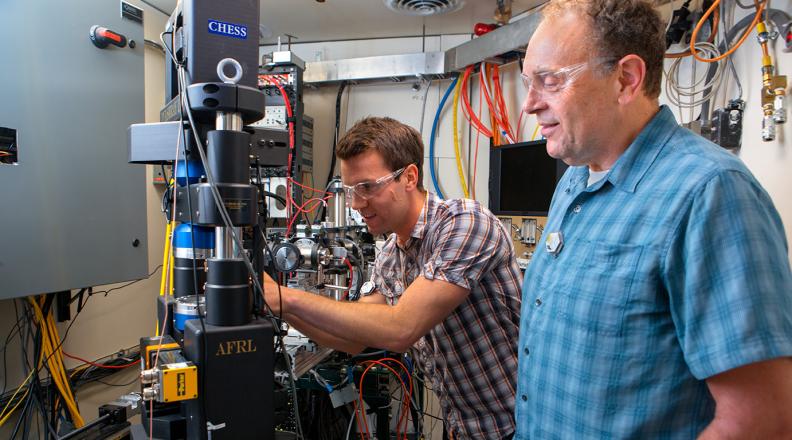 It has long been common practice for mechanical engineers to conduct loading tests on metals like steel and titanium, then to create models for the behavior of those metals based on the results of these tests. Matt Miller, professor in the Sibley School of Mechanical and Aerospace Engineering (MAE) and Principal Investigator for MSN-C in the Cornell High Energy Synchrotron Source (CHESS), did the same when he first started at Cornell.

Miller’s research lies at the intersection of mechanical engineering and materials science—exploring how the internal structure of metals supports the loads applied to the things engineers design, like aircraft, cars, and heavy machinery. “The performance of a winning mechanical design over the next best very often boils down to the material that is used,” says Miller. “That’s one of a designer’s most important degrees of freedom.”

As Miller was starting at Cornell in 1994, mechanics of materials modeling were becoming multiscale. Modelers were starting to use microstructure (millions of tiny crystals in the case of metals) to predict properties and performance of an engineering component. However, there were no microscale mechanical testing data—no one knew what the stresses on each tiny crystal were. “The dream is, if we can model every crystal in a metallic part, by understanding deformation processes at that scale, maybe we can design the material at that scale.” Metallic crystals are anisotropic, or directionally dependent, meaning they have different properties in different directional alignments. Anisotropy means some crystals have much larger stresses because of their orientation. Understanding stress at the crystal scale is especially important when looking at structural failure, such as fatigue or fracture of metals.

“The places where these cracks start are often places where this anisotropy, at that really small scale, rears its head,” says Miller. “The dream is, if we can model every crystal in a metallic part, by understanding deformation processes at that scale, maybe we can design the material at that scale.”

During Miller’s sabbatical in 2000, he became interested in the idea of using X-rays to study the microstructure and the microscale deformation of metals and alloys. X-rays are uniquely suited to penetrate materials and non-destructively probe the structure of matter. Miller’s idea came to fruition through CHESS, a high-intensity X-ray source, one of only five in the world and located right on the Cornell campus. CHESS, established in 1978, was originally funded by the National Science Foundation (NSF) and provides a high-intensity X-ray source in the form of beamlines. These beamlines provide researchers with state-of-the-art synchrotron radiation facilities.

Emerging X-ray diffraction techniques that Miller and his research group helped develop allowed them to measure and then to simulate how each individual crystal in a sample is loaded and evolves over time—for example, during the loads experienced by a titanium compressor blade in a jet engine.

Miller’s group has been part of the transition at CHESS from sciencebased X-ray experiments to repeatable engineering measurements to better understand engineering-relevant questions like crystal scale stress and strain. Government institutions and industry saw the possibilities in this type of research —recognizing the opportunity to test metals and parts for aircraft, vehicles, and equipment.

To help streamline what could sometimes be a slow process, in 2019 the Air Force Research Laboratory (AFRL) funded two new beamlines at CHESS, providing dedicated access to experimental “beam time” to conduct Department of Defense funded experiments for unrestricted amounts of time—a project that totals about $7M per year.

Miller is the principal investigator (PI) of this AFRL grant, which established the Materials Solutions Network at Chess (MSN-C) and provides state-of-the-art X-ray tools developed from Miller’s research program to understand processes like crack initiation and to improve processes like additive manufacturing so that manufacturers can directly address questions like: why do parts fail? The two MSN-C experimental stations are the Structural Materials Beamline (SMB), optimized for high performance metals and the Functional Materials Beamline (FMB), optimized for polymer-based materials, such as carbon-fiber composites.

The first year at MSN-C proved very productive—Department of Defense users from all three service branches successfully completed experiments on the SMB or FMB. In August 2020, MSN-C received a renewal of funding from the Air Force Research Lab for their second year.

During experiments, the beamlines provide such an enormous amount of data, it takes a massive amount of processing to convert the raw X-ray data into the crystal scale stresses and strains that can be used together with models to predict behavior.

“We have recently done a great job of developing new hardware; CHESS recently went through a very large upgrade and now the amount of data from a typical experiment has increased by at least an order of magnitude. We are focused now on ways of digesting and understanding these data. As we move forward, utilizing all of the data collected at the beamline is a great opportunity for data science methods such as machine learning,” says Miller. “Can the raw data that is taken directly from the pixels on the x-ray detector be used to say something definitively about what’s going on in the material?”

Creating enhanced remote user access to datasets and data reduction workflows are the motivation for a Research Advanced and Interdisciplinary Science and Engineering (RAISE) grant from NSF recently awarded to Miller and CHESS for a project called “A Materials Science Gateway for X-ray Imaging and Modeling of Microstructures.”

Before starting his career as an academic, Miller played football at the University of Colorado and for the NFL’s Cleveland Browns. Miller credits his mindset as an offensive lineman as some of the driving influence in his academic career. “It’s something where you’re directly responsible for any successes the team makes but you’re never directly touching the ball,” says Miller. “As a teacher, the mindset of an offensive linemen is a good thing. You’re always wanting to get people to the next level.”

One of Miller’s overarching goals since starting to work at CHESS nearly 20 years ago is to lower the bar for new users to the beamlines at CHESS, enabling faculty that aren’t extremely familiar with X-rays to still benefit from the technology. Miller has made a significant effort to involve junior faculty in MAE with his program. Faculty in the area of Advanced Materials and Manufacturing including Meredith Silberstein, Robert Shepherd, and Atieh Moridi have and continue to experiment at CHESS. 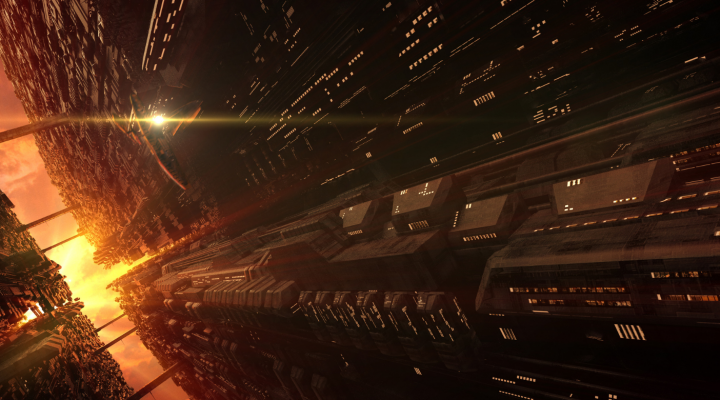 China is investigating how to build ultra-large spacecraft that are up to 0.6 mile long, and Mason Peck, the Stephen J. Fujikawa '77 Professor of Astronautical Engineering believes it's feasible. Read more about China Wants to Build a Mega Spaceship That’s Nearly a Mile Long 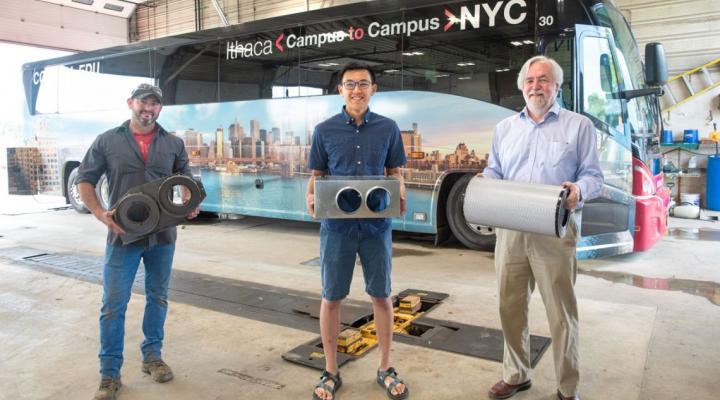 The Cornell Campus-to-Campus buses have resumed service thanks to a new air filtration system that was designed, built and installed by a team of faculty and staff, and at the center of the... Read more about Grad student is breath of fresh air for C2C filtration project 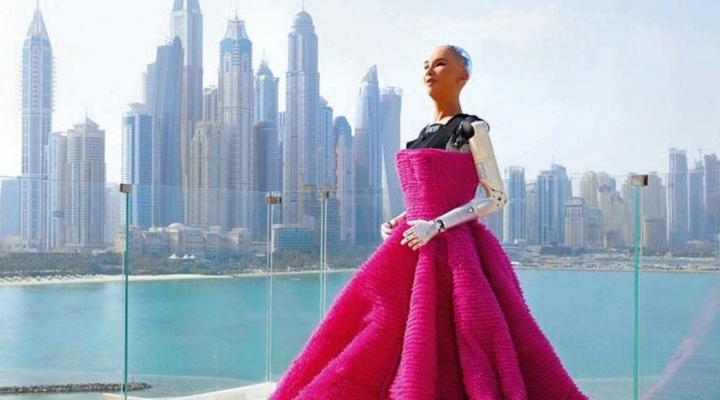 Do robots need clothes? Yes, for form and function

Researchers from Cornell and New York University, including Guy Hoffman, are addressing the question of whether robots need clothes. They have determined yes, and these clothes can serve a practical... Read more about Do robots need clothes? Yes, for form and function