Atieh Moridi, assistant professor of mechanical and aerospace engineering, received an Early Career Award from the U.S. Department of Energy to advance her research on microstructural control and defect tolerance in 3D-printed materials. 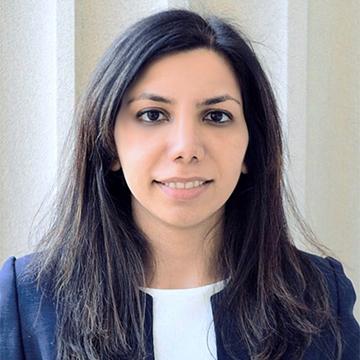 The award was announced June 7 and is part of the DOE’s long-standing efforts to develop the next generation of STEM leaders who will solidify America’s role as the driver of science and innovation around the world, according to a DOE announcement.

Moridi’s proposal, “Isotropic Microstructure and Defect Tolerance in Additive Manufacturing,” will improve 3D printing, also known as additive manufacturing, by addressing its major challenges including anisotropic properties and scatter in mechanical performance of printed parts. Specifically, Moridi and her group will develop fundamental knowledge about the effect of various degrees of metastability on alloys’ solidification pathways, grain morphology, and defect tolerance. Synchrotron X-ray diffraction and in-situ mechanical testing will be used in the research.

The award comes with $750,000 over five-years, and “will allow the recipients the freedom to find the answers to some of the most complex questions as they establish themselves as experts in their fields,” according to U.S. Secretary of Energy Jennifer M. Granholm.

The award comes on the heels of several others received by Moridi since she joined Cornell Engineering in 2019, including an NSF CAREER Award, Office of Naval Research Young Investigator Award, and a Schwartz Research award from Cornell.

The team created and tested a new imaging approach which integrates information about where objects might be located with sonar processing algorithms that decide the optimal views. Read more about Cornell, US Navy raise bar for autonomous underwater imaging

The award will enable research into a type of additive manufacturing that smashes together material particles at supersonic speed. Read more about Hassani receives NSF CAREER Award for cold spray 3D printing