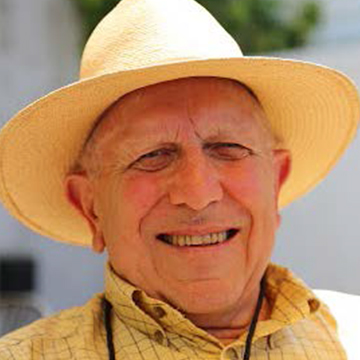 After receiving his bachelor's degree, Lance worked for a year as a test engineer for Minneapolis Honeywell (now Honeywell), in Minneapolis MN, and then served for just under two years as an enlisted man in the U.S. Army. He was honorably discharged early in order to pursue an advanced degree at Illinois Tech. After receiving his master's degree, he was employed for a year at the Ingersoll Milling Machine Company, Rockford IL, as an analytical engineer. He left the Ingersoll company to continue advanced study, with the support of a fellowship from the Ingersoll Milling Machine Company, at Brown University in Providence. In 1962, following a six-month appointment as research associate in engineering at Brown University, and receipt of the PhD, Lance joined the Cornell faculty. At Cornell he has been on the staff of the Department of Theoretical and Applied Mechanics, twice serving as acting chairman. He was the associate dean of engineering for external affairs from 1974 to 1980, and the associate dean of engineering for undergraduate programs from 1981 to 1986. While on sabbatical leaves, Lance has been a visiting professor of mechanical engineering at the University of Edinburgh, and a senior scientist at Hughes Aircraft Company. He has also been a consultant to the IBM Corporation. He has been a member of the American Society of Mechanical Engineers, the American Academy of Mechanics, the American Association for the Advancement of Science, and Sigma Xi.

At Brown University and during his 36 years at Cornell, Lance and his graduate students focussed their research on the mechanical behavior of solids, particularly the non-elastic behavior. All engineering materials behave inelastically, i.e., their response to mechanical and thermal loads always leads to some permanent change in shape. In the design of critical structural components such as high-temperature piping and blades and rotors for turbines, permanent (nonelastic) deformations can lead to failure through rupture, low-cycle fatigue, or mechanical interference. On the other hand, most manufacturing processes involving metals and polymers depend on the material's inelastic properties; permanent deformation is a desired quality. It is the job of research engineers who study the mechanics of solids to determine the fundamental laws of material behavior-constitutive relations, in the jargon of the theoretical mechanics community-and build such laws into models of material behavior, and ultimately into the codes that guide designers.

His research was concerned with the analysis and experimental verification of the applications of proposed constitutive (stress-strain) laws to structures. One of the more recent efforts has been to conduct small-scale tests of beams and plates subjected to long-term loading in a high-temperature environment in an effort to establish the validity of stress-strain creep laws proposed by materials specialists. Such tests were accompanied by experiments, with the development of computer models for efficient, accurate calculation of mechanical effects.

Another area of mechanics that he has studied is residual stress and its relation to the transmission speeds of ultrasonic stress waves through a metallic part. Residual stress can arise in manufacturing and assembly, and can be beneficial or detrimental to the mechanical part's service life. To be fully effective, nondestructive-test (NDT) methods for quality testing, involving stress waves at ultrasonic frequencies, must be devised to detect residual stress. This research was directed at devising known residual stress states, in shrink-fit assemblies, which can be used as "gauges" for residual-stress measurement techniques using nondestructive testing.

In response to recent industrial interest in advanced composite materials, he has also looked at NDT (Non-destructive testing) methods of residual-stress detection in such materials, and to the dynamical behavior of composite plates and beams that are delaminated because of fabrication errors or in-service damage.

Lance's pedagogical interests included the development of multimedia teaching materials for courses for freshman engineers, a Web resource for students in the sophomore engineering courses, and international programs of study for engineering and science students. In the Engineering Study-Abroad Program, which he developed in 1992 with the help of the Study Abroad offices at Cornell, engineering sophomores spend one semester in Hamburg, Germany, studying engineering, language, and culture. They also visited a variety of European industries in a sequence of twelve field trips. In the EAGLE program, a consortium of fifteen universities supported the study of Japanese, in Japan, each summer, by about sixty undergraduate engineering students.

After he retired, and moved to Chestertown MD, Lance continued to focus his intellectual activities on teaching, as outlined below.