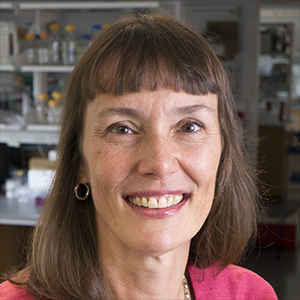 Marjolein (Pronunciation: MAHR-yo-line) van der Meulen is the James M. and Marsha McCormick Director of Biomedical Engineering and Swanson Professor of Biomedical Engineering in the Meinig School of Biomedical Engineering and Sibley School of Mechanical & Aerospace Engineering at Cornell University and a Senior Scientist in the Research Division of the Hospital for Special Surgery. Before joining the faculty at Cornell Marjolein worked for three years as a biomedical engineer at the Rehabilitation R&D Center of the Department of Veterans Affairs in Palo Alto, California. In 1995 she received an NIH FIRST Award and in 1999 an NSF Faculty Early Career Development Award. Marjolein is a member of the American Society of Bone and Mineral Research (ASBMR), the American and European Societies of Biomechanics, and the Orthopaedic Research Society. She is a fellow of AAAS, AIMBE, and ASME. In the past, she was a Deputy Editor for the Journal of Orthopaedic Research, member of the ASBMR Task Force on Atypical Femur Fractures, and member for the Skeletal Biology Structure and Regeneration (SBSR) Study Section at NIH.

Professor van der Meulen's research in orthopaedic biomechanics focuses on the interaction between mechanical stimuli and the skeleton, and the mechanical properties of musculoskeletal tissues. She is interested in the modulation of bone growth by mechanical loading and in the the determinants of skeletal structure and load bearing function, both areas relevant to diseases such as osteoporosis. To search for her publications, use ResearcherID=D-1549-2010.

Professor van der Meulen has taught a variety of required classes in mechanics of materials and design. In addition, she teaches electives in biomechanics.

Professor van der Meulen is the James M. and Marsha McCormick Director of the Meinig School of Biomedical Engineering. Previously she served as Associate Dean for Research and Graduate Studies in the College of Engineering. She was a Co-PI and co-founder of the NSF-funded CU-ADVANCE Center for the hiring, promotion, retention and advancement of women faculty. She also serves on the advisory board for Diversity Programs in Engineering.