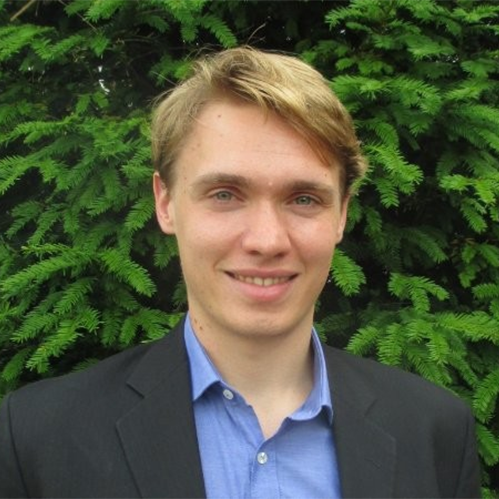 Dr. Andrew van Paridon is a Senior Lecturer and Research Associate in the Sibley School of Mechanical and Aerospace Engineering at Cornell University. His teaching portfolio includes The Dynamics of Flight Vehicles, Intermediate and Introductory Dynamics, Statics and Mechanics of Solids, and Differential Equations. Dr. van Paridon also co-organizes Cornell's SmallSat Mission Design School and is interested in the development of further distance learning programs. His research interests are in thermal management, in particular with regards to satellites and their propulsion systems. In his previous position as a Postdoctoral Researcher at Oxford University, Dr. van Paridon investigated thermal management in civil turbomachinery. This included the design and construction of the Transient Heat Transfer Facility, for which he was given Rolls Royce’s Civil Large Engine Best Patent award, and the development of the LPV-POD method for simulating internal temperature of the turbine disc. Dr. van Paridon received is PhD from the University of Oxford in 2016, and his Bachelors of Engineering and Bachelors of Science from the University of Queensland.

Andrew van Paridon’s research includes spacecraft propulsion, thermal modeling, and system optimization. His most recent work has been developing a survey of water powered propulsion systems for satellites, with the aim to help broaden the understanding that we have about the potential for water as an in-situ resource in space. Dr. van Paridon has also been developing new teaching strategies, via development of the SmallSat Mission Design School, work with the Office of Engagement Initiatives and Sciencenter in developing  community outreach, and investigation of mastery-graded examination techniques. At the Oxford Thermofluids Institute he developed methods for thermal control that increase the efficiency and fatigue life of turbine discs. He designed the Transient Heat Transfer Facility (THTF) to study turbine casings under real engine conditions for temperature and pressure. Dr. van Paridon also developed the Linear Parameter Varying - Proper Orthogonal Decomposition model for simulating the thermal condition of engine parts in otherwise  severe, unmeasurable environments.